“Every family law case presents a unique, high-stakes puzzle. Whether an informative consultation, a collaborative mediation, a litigious trial, or a difficult appeal, finding the best possible solution to the puzzle is my passion and the reason I love this practice.”

Domestic relations is an increasingly complex area of law and requires a demanding set of experience, skills, and knowledge. An intelligent and careful analysis of complex circumstances is needed, together with an authoritative–while sensitive–approach to guide clients and obtain the best possible outcomes in what is often the most difficult time of their lives. Given the nature of our clients’ problems, we understand that our work does not end at the issuance of a Decree. There is an importance in providing a continuing and comprehensive sort of support. Here, we build relationships. 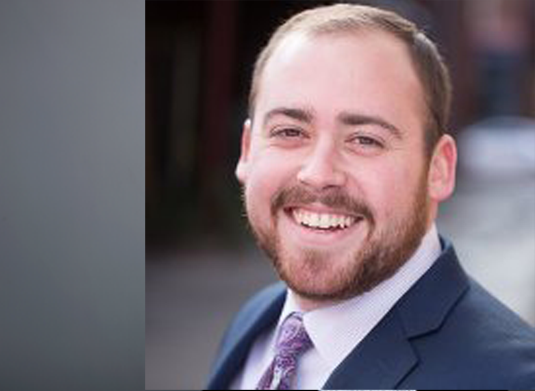 Steven joined the BAM family during his final year of law school, bringing with him experience in several fields of law, an enthusiasm for legal ingenuity, and passion for professionalism. He was admitted as an attorney of the Colorado Bar in 2016.

Raised in small-town Colorado, Steven worked his way through school. While earning a Bachelor’s degree in Political Science from the University of Colorado at Boulder, Steven assisted attorneys representing Coloradans who could not afford legal counsel at Colorado Legal Services with family, housing, bankruptcy, and government benefits issues. By his junior year, he was working at the Boulder County District Attorney’s Office, assisting district attorneys and court magistrates with misdemeanor and traffic arraignments. The most important aspect of these volunteer positions, for Steven, was the opportunity to spend countless hours with experienced trial lawyers and judges – observing, learning, and becoming comfortable and confident in the courtroom.

Steven became well-versed in legal philosophy, knowledgeable in political analysis, and fluent in Italian before graduating from CU in 2013. He immediately started his law school career at the University of Denver Sturm College of Law. Steven focused not on esoteric classes on the philosophy of law, but rather on experiential courses designed to prepare him for skillful and efficient law practice after law school. He supplemented this experiential learning with participation in several other extracurricular activities, including competing as a member of the school’s highly-ranked National Trial Team, a Co-President of the Student Trial Lawyers Association, and an Editor on the Criminal Law Review.

Steven has already gained significant experience in the area of family law, having interned for The Honorable Judge Michael Spear in Colorado’s 18th Judicial District, under whose guidance he researched and drafted order recommendations for motions and pleadings filed on the Judge’s domestic docket. Steven was able to observe and assist in the resolution of issues common to family law proceedings, including review of divorce settlement agreements and child support agreements, but Steven also examined and recommended rulings on more particular issues, including those involving children’s mental health, post-decree relocation, and legal or ethical violations by parties and their attorneys. This experience gives Steven a unique insight into the court’s perspective on domestic matters, like what tactics are, and are not, effective in persuading a judicial officer.

Researching and drafting documents with private attorneys on a contract basis, Steven further sharpened his knack for legal writing throughout 2015. He worked first-hand on a wide variety of cases, including those involving criminal defense, administrative adjudications, contract law, ethics law, and personal injuries.

Now with BAM, Steven is happy to apply his educational and experiential skills in seeking amicable and favorable resolutions in the difficult, and sometimes highly complex, legal matters that family breakups can entail.