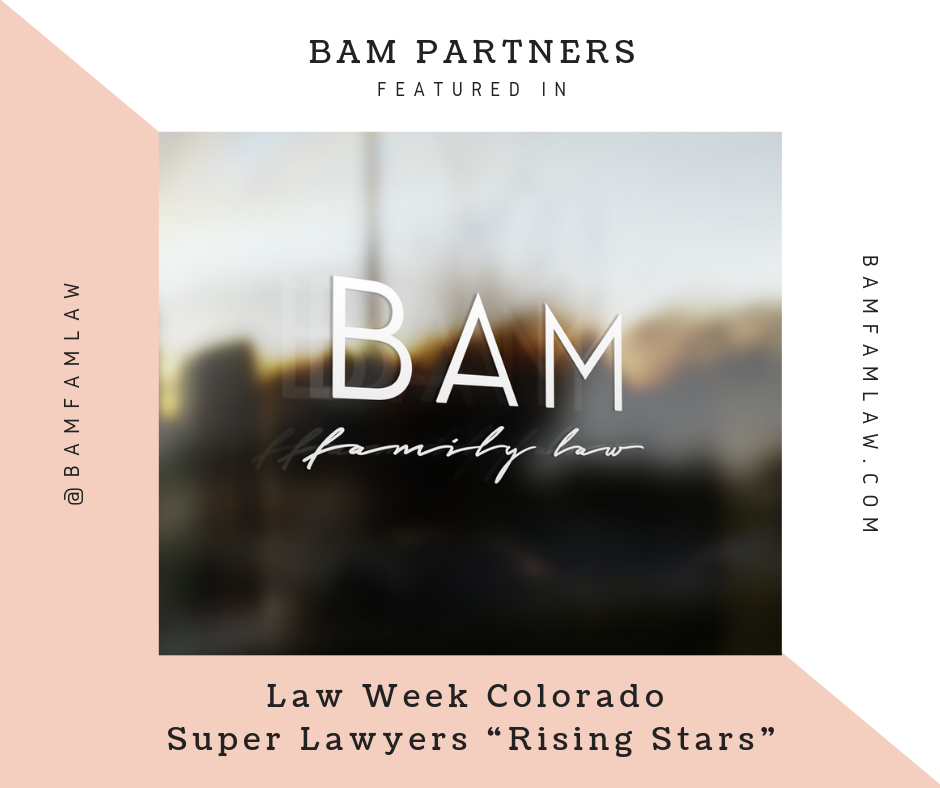 Posted at 22:43h in MEDIA by bamfamilylaw 0 Comments
0 Likes

BAM shareholders Kyle McFarlane, Heather Broxterman, and Margot Alicks were featured in an article in Law Week Colorado that profiles Colorado lawyers who have been named to the list of “Rising Stars” by Super Lawyers magazine.

Rising Stars are attorneys 40 years or younger who have been practicing for 10 years or less.  It is an honor that recognizes the state’s top 2.5 percent of up-and-coming attorneys. Law Week notes that “…young attorneys earning the Rising Stars distinction have an array of intangibles in addition to their regular practices to set them apart.”

The article, “Getting Their Names out There” (Julia Cardi, Law Week Colorado, April 8, 2019) describes the BAM shareholders’ Rising Stars recognition as follows:

“Super Lawyers, I think, has been branded so well that people know what that means,” said Broxterman Alicks McFarlane co-founder Kyle McFarlane.  “Not just lawyers, but I think laypeople understand if you’re a Super Lawyer,  that means something.” Her co-founders, Margot Alicks and Heather Broxterman, are also on this year’s Rising Stars list.

As a family law attorney, McFarlane has to play a distinctive role for her clients because cases tend to carry so much emotional charge.  She said she at times ends up acting as their therapist as much as their attorney, and it’s important to help them understand what’s worth fighting for.

“Sometimes people are so caught up in the emotions …that they can’t see the big picture,” McFarlane said.  “So we oftentimes have to be good therapists in telling them the reality of the situation, and what their life is going to look like in five years, and how they’re going to feel in five years about the actions that they take.”

Heather, Margot, and Kyle were listed for their achievements in Family Law. Heather and Kyle were recognized for the third year in a row, while Margot has been named to the Rising Stars list every year since 2014.

About Law Week Colorado Published by Circuit Media, Law Week Colorado is the state’s only newspaper published specifically for lawyers, law firms, corporate counsel and the judiciary. Law Week is written and edited by award-winning journalists and lawyers who have credibility in the legal marketplace.